2014 Update: Percy continues to do well. This year, he passed all his health clearances and was again declared a normal, healthy boy! This fall, he earned his CD and RA titles in three straight trials and at the 2014 GRCA National Specialty, he qualified in Rally Advanced and earned his CCA title. I am so proud of him. He is currently in training for Open obedience and hunt tests.

2013 Update: If you've not read Percy's story (below), do that first. This boy is our little miracle and even though he tries our patience, we love him dearly! After receiving a clean bill of health at 6 months, Percy has completed through Intermediate obedience and earned his CGC at 9 months of age. He also completed a Foundations Agility class and really enjoyed it! He is planning to enter his first Rally trial at the end of August. He's promised not to bounce constantly and walk backwards in front of Mom, but we'll see... UPDATE: Percy earned his Rally Novice in three straight trials with excellent scores, qualifying him for the 2014 National Championship! Very proud of him!

He is still the kid who gets all the other kids into trouble. One of his new favorites is to "talk" to Chance when they are crated. This makes Chance really irritated and he starts barking...which gets him into trouble. By the time I walk into the room, Chance is standing up, barking at his son to knock it off, and Percy is just lying there like "what? I'm not doing anything!" Aside from getting the other guys into trouble, he has grown into a fine young man. He is very sweet and loving, just like his sister, and plays well with everyone he meets. He enjoys working, but he usually ends up doing something cute (NOT what he's supposed to be doing) and Mom just plays with him and gives him cookies...so he hasn't learned quite as much as his sister!

As everyone knows, Percy is also remaining here at Maywood. He has grown into a fiesty little pup with an attitude much like his father's. He already talks back to us and his current goal is to find as many ways as possible to get on Abby's nerves. You know the kids who keep doing something annoying and ask "Am I bothering you yet?" ...yeah...that's Percy.

And we are loving every minute of it!

What a story to tell! Mr. Gold had captured our hearts from the moment he was born. He was the last little guy born and it took a lot of work to get him to breathe well. He was choking on fluid because he had been in momma too long. But he was a fighter.

Born with a "star" on his head, my husband named him Percy after the Perseid Meteor Shower that was happening while the puppies were being born. We called him that jokingly, knowing he would eventually go to a new home and probably receive a new name.

Only a few days old, Bailey licked his umbilical cord off. I stopped the bleeding and made sure it stayed clean. But, it was already too late. Two weeks, and a few emergency vet visits later, we found out he had a septic infection, likely from the umbilical cord, caused by a bacteria naturally found in dogs. He was again drowning in his own fluid. His right lung was collapsed and he had an abscess on his liver. The vets recommended euthanasia. Fighting for every breath, it was truly amazing he was even still alive. I will never forget the sounds of his constant screaming. We decided to go ahead and let them drain the fluid so that at the very least, we could culture it and see if it was something that would endanger the rest of the litter. They drained over 30 ml of fluid off of him.

And then he started acting perfectly normal.

His screaming stopped and he started trying to nurse. We went against recommendation and decided to let him try to fight it (with the help of antibiotics) since he no longer seemed to be suffering. After many sleepless nights warming him up to temperature and tube feeding every couple of hours, we have decided that "Percy" is home. We still do not know how far he will go, as he likely will have some lasting liver damage and may need special care throughout his life, but he has been a fighter from the start and has a fantastic personality. He is about a week behind the rest of the litter developmentally, but that doesn't stop him from playing just as much!

We have to thank all of the wonderful staff at the Virginia-Maryland Regional College of Veterinary Medicine for taking such wonderful care of him through all of this and for continuing to see him and monitor his progression. It seems everyone there now knows about little Percy and we are all hoping he pulls through!

***UPDATE*** Percy had a follow up ultrasound and x-rays after being on antibiotics for 2 weeks. It looks like he is a normal, healthy puppy now! This is truly a miracle and we can't wait to watch him grow up!

More updates!!! Percy was examined again at 6 months. The abscess on his liver appeared to be completely gone and as far as they can tell, he is a 100% normal puppy! He just celebrated his first birthday and is doing very well.

1 Year update: Percy seems to have jumped through the final hoop. We visited the cardiologist to see if he could get a heart clearance. It is not uncommon for dogs to have heart damage after going through something like this. After a very thorough examination, all was well - no damage and he now has a cardiac clearance (and his first eye clearance). There is no question that he is a little miracle! 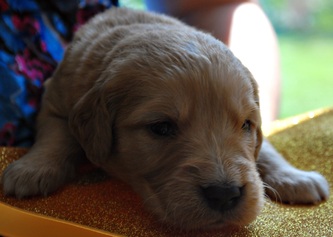 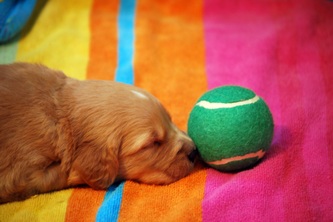 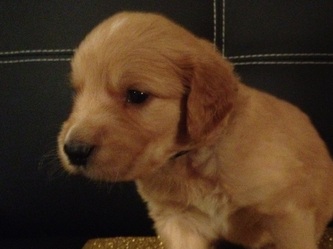 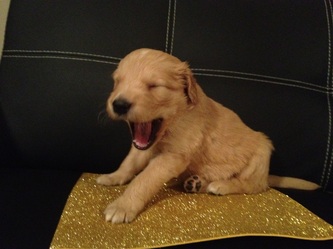 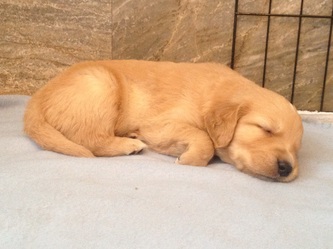 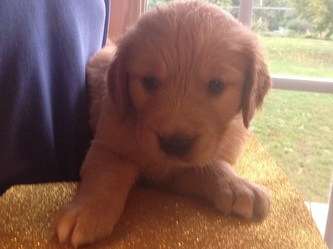 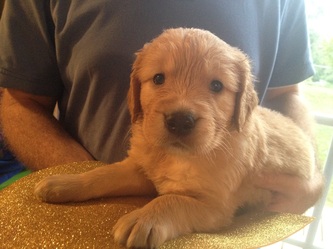 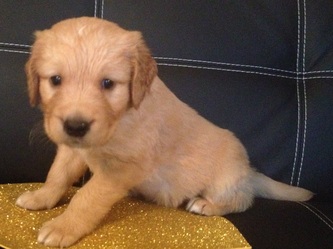 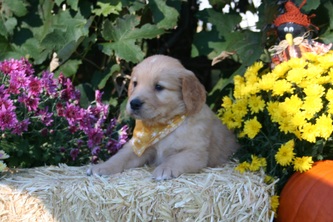 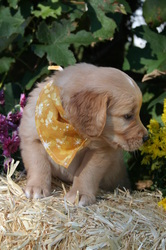 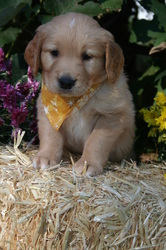 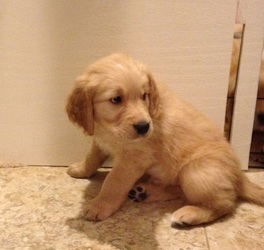 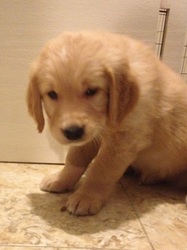 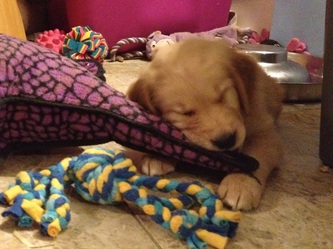