My Novice A dog in every venue, Chance was the best partner I could have asked for in starting this journey. He was an outstanding example of the breed and despite being a high energy goofball, he was utterly devoted to me, so relatively easy to train. Together we learned about competition obedience, rally, fieldwork, tracking, and agility. We tried our hand in conformation and he was a therapy dog extraordinaire, founding a local reading program for kids. When Chance first came into my life, becoming a breeder was the furthest thing from my mind, but I will forever be grateful for the mentorship of his breeder who pushed me to compete and insisted he was an incredible dog worth sharing with the world.

On Monday, June 15, 2020, at the age of 12 years old, Chance earned his first AKC agility title (ACT1) as we played in a new sport during the pandemic. On Wednesday, June 17, 2020, he was acting a little strange, so I rushed him to the vet. Unfortunately he had a tumor on his spleen and was bleeding out. We opted for a splenectomy, which was successful, but he reacted to the anesthesia and they were unable to revive him. Necropsy did confirm splenic hemangiosarcoma, and confirmed that there was no evidence the cancer had spread. We are devastated by his sudden loss, but so very thankful he was able to do what he loved until the very end.
Visit Chance's photo gallery here. 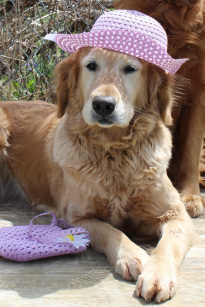 Token came to us at the age of 4 years young for us to raise her puppies and to train for competition. She had a true golden personality, loving everyone she met whether it be human, dog, cat, or otherwise.  She was an easy dog to have in our home, but when she was retired from puppy raising and a dear friend was asking if I'd ever consider placing her, I knew it was the perfect fit. In retirement, Token served as a seeing eye dog for her canine companion and a support dog for her human family. Unfortunately in early 2021, she suffered sudden paralysis from a possible spinal injury and her family had to make the decision to let her go. We are so thankful for all Token taught us as we were just starting our breeding program. It was a joy to know her and the unconditional love she gave. 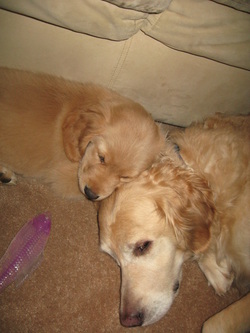 Casey snuggling with baby Bailey
Casey was our first golden. She was 90 lbs, 28" tall, and sported a completely unmanageable curly coat.
She also suffered from severe anxiety, allergies, and hip dysplasia. During the first few weeks we had her, hundreds of dollars were spent on trips to the vet for skin conditions, eye concerns, a hernia, etc, etc. On top of that, we had a crash course in how to deal with resource guarding aggression.

Although physically far from standard for a golden retriever and constantly a mess as far as health was concerned, battling multiple types of cancer during her lifetime, she eventually turned out to have the best personality in the world and introduced us to all a golden retriever can be. She will always be remembered as the one who started it all and while I would not trade my experience with her for anything, immensely thankful for all I learned from and because of her, I have vowed to do everything I can to support responsible breeding so that these beautiful souls do not have to be trapped in broken bodies. Thank you, Casey, for getting me started on this incredible, beautiful journey of Life with Golden Retrievers. 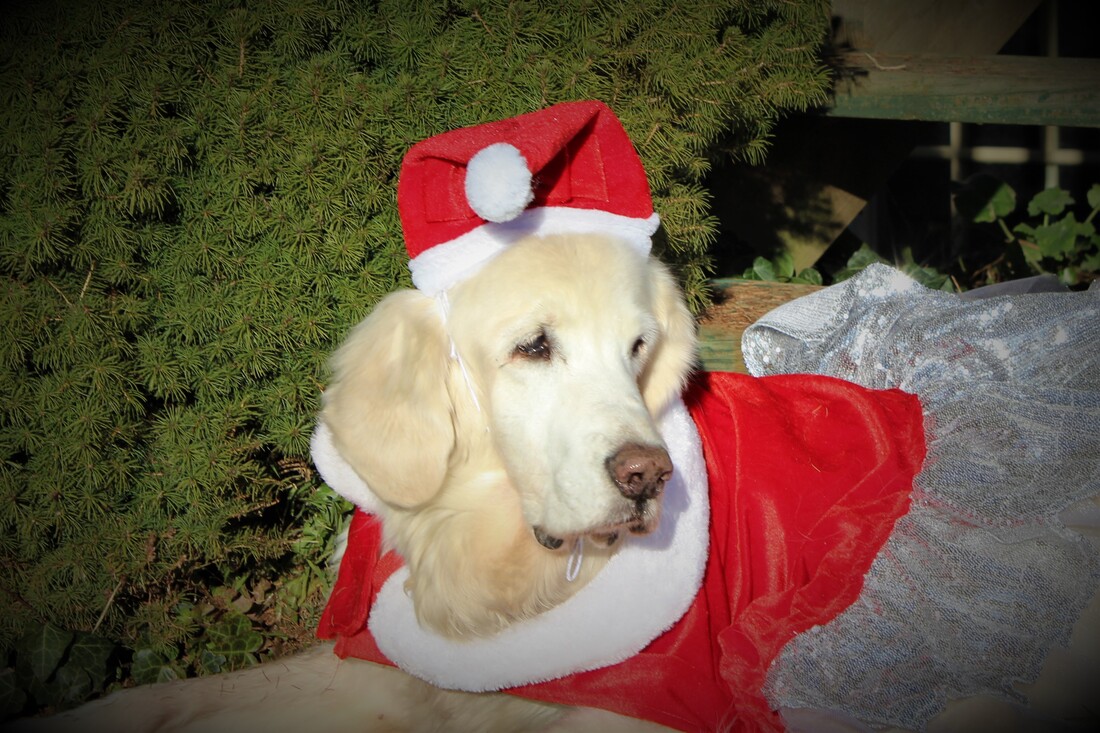 Abby came into our life a few days before her fifth birthday. We wanted a companion for our first golden, Casey, as she always did much better with another dog in the house. After fostering and working with several other breeds, we decided we really wanted another golden.

Abby belonged to someone who was moving. They couldn't take her with them and didn't want her anymore, even though they had bred her and raised her. When I arrived, it was late January and bitter cold. She was tied to a tree on a 4 foot lead, surrounded by her own waste. The owner admitted she was mostly there or in a kennel outdoors. She'd tried to keep her in the basement, but she just got into everything.

She'd been used as a breeding dog and was very sick and extremely dog aggressive when we got her. We didn't give up. She was quickly housebroken and after a few weeks on thyroid medication, even began to play with Casey.

Living to just shy of 17 years old and still cancer free on departure, she is a hero in the Golden world. She donated to and participated in numerous studies to try to uncover the secrets to longevity. Abby  was the epitome of a golden retriever - she got along with everyone she met and lived life to its fullest! She taught us that good quality of life in old age is possible in this breed and that is what we strive for. 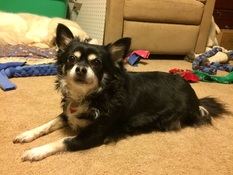 Sierra was the puppy with the broken tail who nobody wanted. We fostered her and...well...she stayed! For eleven years she ruled our house and helped teach our puppies how to respect a little dog. I was never a fan of small dogs, but she taught me that they sure have a lot to offer and she was absolutely the coolest Chihuahua I ever met. Rest easy, tiny matriarch. We miss you.