Anticipated late April 2022
Litter waitlist full.
Litter pedigree: https://www.k9data.com/pedigree.asp?ID=1005959
Health clearance links listed on k9data or main profile page
Genetic testing, including ICH-2 and UC Davis Genetic Diversity testing have been done. Reports available upon request. Hearts have been cleared via echo and eyes are updated annually. Hips GOOD, Elbows NORMAL.
This litter we have been dreaming of since these two were puppies. As I mentioned on the Rune X Kenzie page, this litter is something I am a bit selfishly breeding for ME. No, the parents are not champions or highly accomplished performance dogs (yet). But, the top two contributors to the pedigree are my two foundation dogs - Chance and Bailey. My hope is that this combination will produce dogs similar to our First and Fairy Tale litters - like our superstar Stella. And of course we hope to continue to compete with Rune and the girls, but when the girls don't cycle often, we have to take a chance on that dream breeding when we can, which sometimes is before all the big shiny titles have been earned. 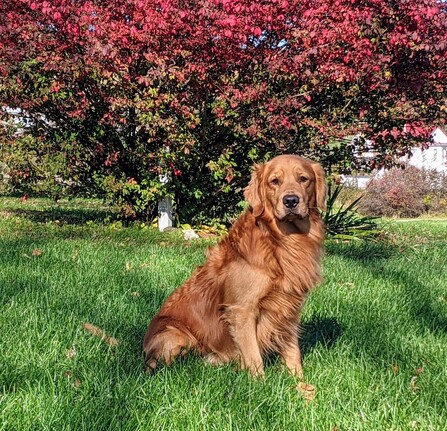 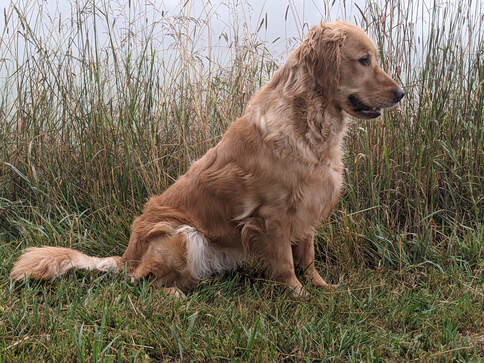 Clarity was our sassy keeper puppy from the Treasure litter. She has been slow to mature, and still often acts like a goofy puppy, flinging her toys into the air and launching off the couch onto them. However, this past year, we have started to see her serious side, and she's decided she really loves working with mom...especially rally and agility which are more her speed than obedience and really, anything that requires a STAY.

Needless to say, Clarity is a busy girl who doesn't sit still for long. She is much less handler focused than Rune or her sister Kenzie, but she is the first one to notice anything different anywhere, and she will respond to the most subtle of body language in agility. In the field, she has excellent marking skills and has zero issue working away from her handler at long distances. And while Rune is very soft, Clarity is...not. I like to explain it to people as...you tell Rune to leave something alone and he says yes, got it, will never go in that room again. Clarity...you sternly tell her to leave something alone and she looks at you, puts a toe on it and says "This? Leave this? Ok. Leave this while you are watching. Got it." She is incredibly smart and learns things (good and bad) way faster than most of our dogs.

All that said, she does settle in the house just fine. Does she need exercise daily? YES. But not anything excessive. And then she is more than happy to come in, lie on a dog bed and chew on a bone. She is more independent than some of our other kids, but she is still always up for a good cuddle and one of her favorite things is having her feet and nails trimmed (maybe weird, but we'll take it!), when she will just roll over and lay there perfectly still for however long it takes. She is really the perfect "up for anything" dog who gets along with everyone and loves every minute of life.

For now, we are enjoying teaching her the upper levels of rally signs and working on her foundations in agility so we can start seriously competing after a puppy break.

Clarity is approximately 22" tall with an athletic build and straight medium golden coat. Her coat is a tad softer than we like, but still adequately repels dirt and does not mat.